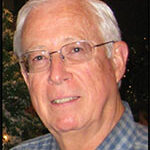 At a meeting of the officers of the Amateur Radio Club of WBCCI, held July 2, 2016, during the 59th International Rally of WBCCI, the officers unanimously agreed to discontinue sponsorship of the two 20-meter RV Service Nets which previously met at 1200 hrs and 1700 hrs ET on 14.3075 MHz.  The decision requires an understanding of the history and current situation of the nets.

When WBCCI was created in the 1950’s, the primary need for amateur radio was for communications for caravans which roamed far and wide across North America and into the rest of the world.  Particularly the 20-meter nets provided updates daily on the progress of these caravans in an era before mobile telephone service was reliably available.  Since the advent of cell/mobile phones, that communication has rarely relied on amateur radio, and the nets have become wonderful means for people to keep in touch, expand on solutions for problems with RVs, and to check in each morning when traveling.

For some time, the 20-meter nets were operating with checkins numbering anywhere from 3 to 10 checkins.  With the declining sunspot cycle in the past 18 months, and the retirement from net management by Edna Ziegler, KB0KAM, these nets were operating on an ad hoc basis with no management and few net control stations.

Because we have been unable to recruit volunteers to manage these two nets, the low participation primarily due to poor propagation, and the replacement by an extensive network of mobile telephone service over North America, the officers decided to discontinue sponsorship of the two 20-meter nets.

The other three nets, all operating on 40 meters, are healthy and have a full complement of net managers and net control stations.  These nets, spanning the lower 48 states and into all Canadian provinces, continue to provide excellent contact among net members for social, technical and communications purposes.  The Amateur Radio Club of WBCCI highly values its sponsorship of the three International RV Service Nets operating on 7.191 MHz (East Coast), 7.184 MHz (Rocky Mountain), and 7.2685 MHz (Pacific Coast).  Our net managers and net controllers are doing a fantastic job keeping these nets viable and fun.  We encourage all net members to recruit more “hams” to participate in these nets and expect to continue to support these nets well into the future.