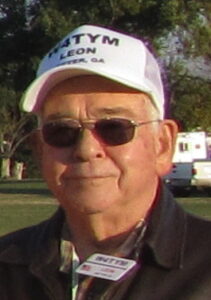 Dr. Leon Estese Curry of Metter, GA, a patriot, physician, and author, died after a 22 year battle with coronary disease. He was 78. Born in Jasper, Florida, he was a 1955 graduate of Metter High School. After Emory University and Emory Medical School, he served as an Army flight surgeon and commander of the 8th Medical Detachment. In 1965 he established one of the Vietnam War’s first medical camps at Ban Mê Thu?t. Upon his return to America, he practiced family medicine and nephrology at Medical Associates of Metter and Candler County Hospital, where he founded the first rural dialysis center in Georgia. He conducted some of the earliest research with childhood ADHD in the 1970s, and partnered with multiple universities on research projects. He was founder and leader of The Hypodermics, a popular big band. An instrument and commercial-rated pilot for more than 30 years, for a time he operated the local FBO. He served as Colonel commanding the 165th Medical Group, 165th Tactical Airlift Wing, Savannah. He was president of the Metter Road Runners RV Club, the Metter Ham Radio Club, and on the board of Candler County Hospital. His medical diagnosis experiments with Illinois psychic Greta Alexander were the subject of his book, The Doctor and The Psychic. He served as net control on the National Ham Radio RV Service Net. Dr. Curry was preceded in death by his parents, William Elliott Curry and Edna Estese Elliott Curry and a brother, Dr. Hiram Curry. Survivors are his wife of 55 years, Helen Tanner Curry of Metter; two sons, Stephen Curry of Birmingham, AL, and Chris Curry of Richmond Hill; a grandson, Zane Curry of Richmond Hill; a brother, Bill Curry (Bobbie), sister Sarah Grimes (Kelly), sister-in-law Sherry Maharrey, brother-in-law Bob Tanner (Diane), and numerous beloved family members. Funeral services will be conducted 11:00 am, Thursday, June 11, 2015 at the Metter United Methodist Church with Dr. Charles Adams and Rev. David Hibberts officiating. Burial will be in the Lake Cemetery with Military Honors observed. Visitation will be Thursday, 9:00-11:00 am, at the church before the service. Pallbearers will be Terry Manuel, Dale Fordham, Ray Tootle, Kendall Gross, Larry Hadden and Mark Bland. Honorary pallbearers will be Dr. Dorsey Smith, Dr. Gary Branch, Dr. Roger Beville and staff of Candler/St. Joseph’s Medical Group and the Candler County Hospital Authority Board. The family appreciates flowers but prefers contributions to the Candler County Hospital Foundation. Guest book: www.kennedyfuneralhomes.com.